Do You Have a Lot of Guilt with Chronic Illness?

This could be the shortest blog post ever.  I could just leave it at that.  Yes, I have a lot of guilt with chronic illness.  There is guilt on every front.  I’m not the kind of wife, auntie, daughter, sister, friend, niece, employee, neighbor, activist, advocate, community-member, or dog-mama I wish I could be.  This isn’t the path I was on, isn’t the life I imagined, isn’t the future I pictured.  I can load up a guilt-weapon and fire it at myself about any number of things large and small, about any number of roles or functions.  Here are a few examples.

The trash.  Every-other week we have trash picked up from our curb.  It is a rather slim blue bin that has wheels.  It gets taken out with our large green recycling bin.  While, on a good day, I can gather the trash cans from various rooms in our house and take them to the main trash to empty them, the physical act of maneuvering and dragging the bins out to the end of our driveway feels Herculean.  The effort to haul them (one at a time, for me) can land me in bed for an hour or the rest of the day to recover.  And this is on a day when I’m not wearing oxygen.  When I’m wearing oxygen, forgetaboutit – to try and maneuver a tank of oxygen and even the smallest bin to the end of the driveway is not possible.  TO TAKE OUT THE TRASH.  And so, this task, almost 100% of the time, (like so many other tasks around the house large and small) falls to my wife.  Guilt.

Showing up for my friends.  The nature of my illnesses is quite variable.  I go through significant changes in my abilities from one day/week/month to the next.  There are times when I have been able to be on my phone or devices for more than a month at a time.  There are some periods when I “go dark” for several days.  That means that my friends can reach out and then not hear from me.  Yuck!  In addition to that, I’m not always able to make or keep plans.  I used to pride myself on being reliable and now I feel anything but reliable.  This change has been so difficult on my friendships and on my ego.  It’s hard to redefine myself unrelated to this as a character flaw.  Being responsive to my friends and showing up for them is one of the many ways I have guilt.

Surviving.  Okay, this one is heavy folks.  One of my diagnoses is not a chronic illness, it’s a terminal illness.  Pulmonary Fibrosis typically kills those diagnosed with it within 3-5 years of diagnosis.  There was a time when I was given less than a year to live.  While this hard and daunting news was difficult to hear and metabolize, we have remarkably blown through that expiration date.  I’ve known others who have not been so lucky.  Naturally, I have the survivor’s guilt that is born of having the gift that others do not.  However, here’s the unexpected guilt – the guilt over not dying so my wife could start over.  That’s right.  If I would have died, she could have moved on, wouldn’t have to be in her prime nursing a sick partner, wouldn’t have to be weighed down by my illnesses but could be living a more full and active life with someone else.

Even as I write this, I’m having some guilt, because I know this shit, this guilt, serves NO ONE.  It doesn’t serve the people I’m feeling guilty for and it certainly doesn’t serve me.  That's not true, I figure the advertising industry are profiting handily from our guilt.  Nonetheless, chronic illness and guilt, they are bedfellows.  In my next blog post I’ll talk about what strategies I’ve cultivated for taming the guilt.  In the meantime, I’m always glad to hear from you.  Please let me know your thoughts, the things you feel guilty about, or your tips for taming the guilt-monster.  Thanks for being here and be well. 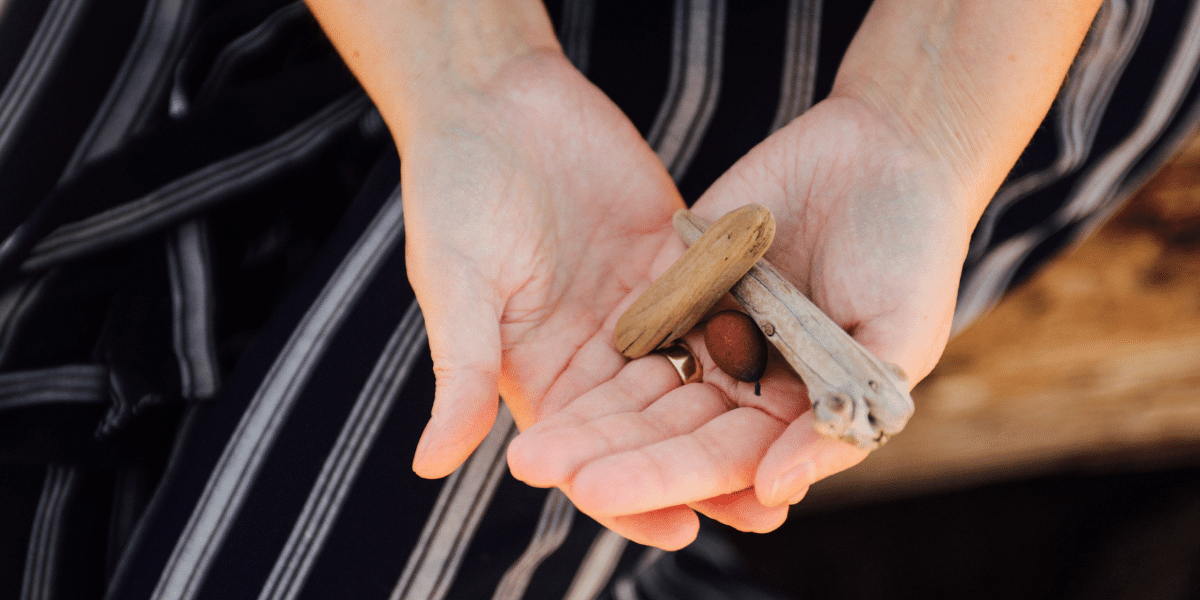 Let's keep in touch.  I send out periodic newsletters and emails, but I never sell your information.